Time can be of the essence 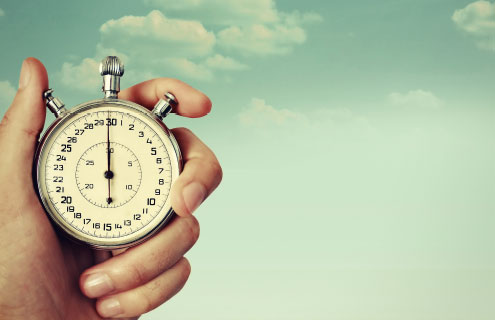 One of the most punitive clauses found within commercial leases can be when time is of the essence with regard to rent review notices being served both upon a Tenant and Landlord.

The vast majority of leases state that time is not of the essence which allows for flexibility in regard to when and how a rent review occurs. However every so often when a rent is proposed by a Landlord, there will be a time limit specified in the lease in which a Tenant can object to the proposal via a formal counter-notice being served. If this counter notice is not correctly served according to the terms set out within the lease, the proposed rent is final and no rent review negotiation will occur.

Despite a year passing without coming across this clause whilst analysing hundreds of leases, twice over the past two weeks leases have been passed to me where counter notices must be served within twenty one days. In one instance, the counter notice alone objecting to the Landlord’s proposed rent was insufficient and a specified rent had to also be offered within the counter notice.

A clause such as this which if not handled efficiently, can result in a huge strain on a business’s finances or even have the potential to ruin a business should an artificially high rent be agreed due to mishandling a counter notice.

Artificially high rents can create valuable evidence for future rent reviews (it is debatable how reliable this evidence is due to the circumstances upon which the revised rent was agreed) which has a knock-on effect and causing rents to rise, much to the advantage of Landlords.

My message is therefore simple. When served with a rent review notice, do not ignore it or decide to action the matter at a later date. You must ensure a competent surveyor is appointed immediately to check your lease and the various rent review procedures to be certain the correct processes are followed in order to avoid unwanted stress and worry as sometimes, time really can be of the essence.